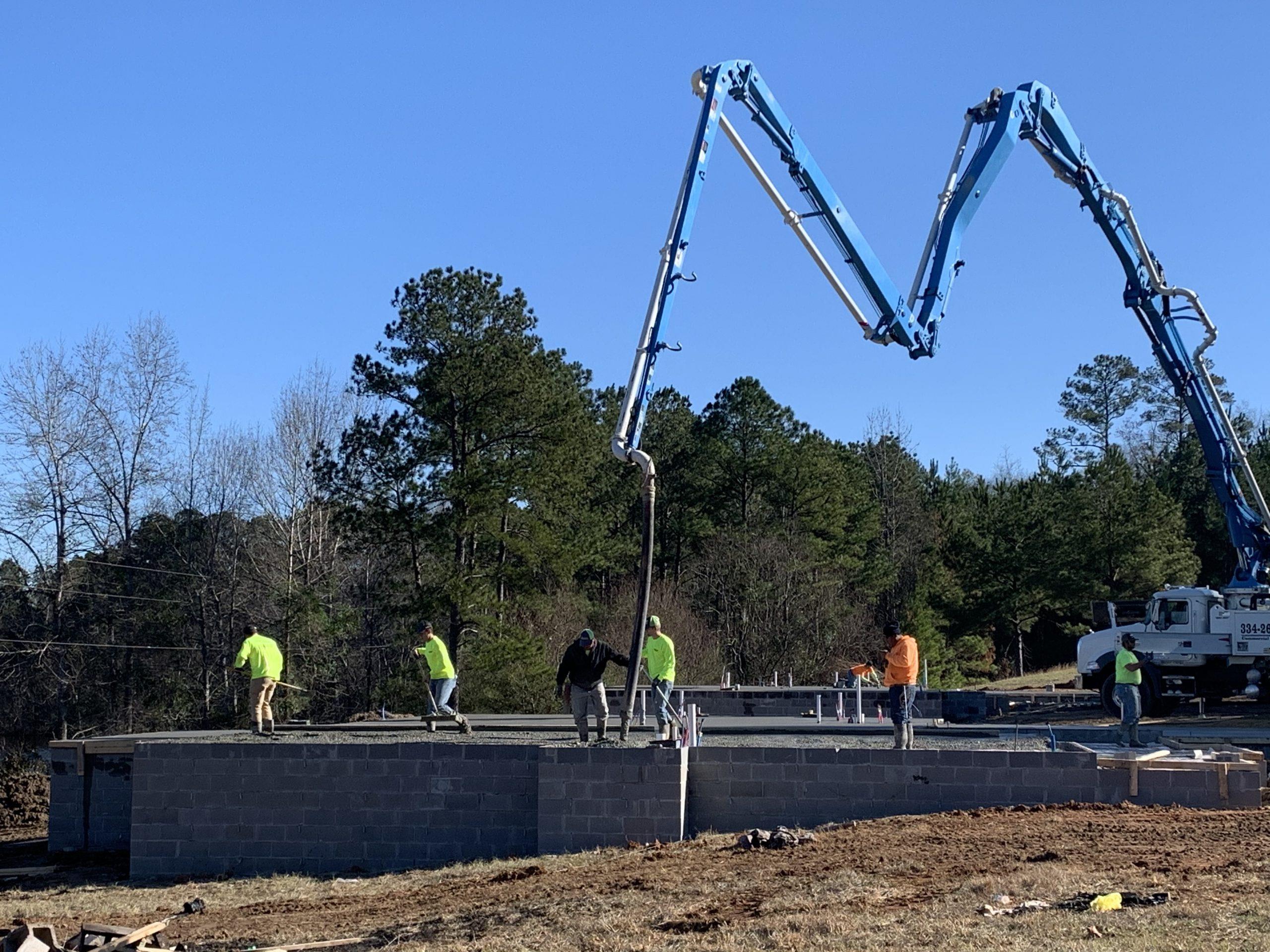 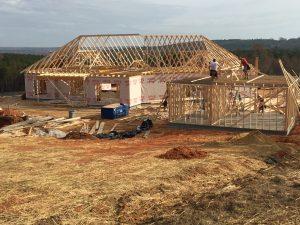 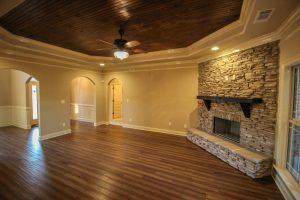 Susan:  How do you determine which of your agents qualifies for the opportunity to work with a builder?

Craig: This is an Angel Tucker subject.  What we do is identify the personality of the builder and then we look at our agent base and see which one might be the best fit. Identifying those personalities and seeing which personality fits is important because their perception of your ability to communicate is huge.

I don’t have to have a 15-million-dollar agent working with a builder.  Builders are not open; they’re a nut that’s got to be cracked.  They immediately go on the defensive when someone approaches them. To me it starts with the personality and that’s what we do as a company; we nurture the agent to be able to understand how you build that relationship.  Where can I fit? What can I do for that builder so during the process he knows I’m working for him?  You go out on a job site and you talk to a builder and if you can communicate with them in their own language, they’re going to listen.  The rest of it we’ll handle in the office.

And with the mentoring we have with EXIT, you better believe those who are working with builders and who are sponsoring someone are going to teach them everything they know.  The sponsoring truly complements their hard work. The time an agent spends with a builder and the time spent with someone just purchasing a home is tremendously different, but the reward is perpetual.  That builder is going to be doing work as long as he is healthy and building his business. You’re going to be part of it and you’re going to grow with him or her.

Susan:  Tell us about your platform.

Craig:  We wanted it to be the heartbeat of the business plan. I did the building side, did the real estate side and we merged the two ideas. As we built this digital platform, we had two test groups – millennials and baby boomers – and we definitely got two different perspectives.  As we put a section together, we’d get their reactions to it and then Stephanie and I would digest those reactions. We wanted the platform to appeal to all ages and all groups.

Susan:  So as part of the marketing package you offer these builders is exposure on this platform, right?

Craig: Absolutely.  It’s like we’re endorsing them and they’re endorsing us.  That comes with a lot of research on my side.  Before we even approach a builder or my agent has a builder that they’re considering, I will not let them approach them until I’ve done the necessary research to understand who they are, what they are, what they build and if they share our mindset.  If we get six or seven builders in here and you have one bad apple, that’s going to flow over into our whole company so we very much scrutinize our builders.

Susan: How did you meet your managing broker, Stephanie Hamner?

Craig:  Kathy Dooley knew me well for two years and she wanted me to buy a franchise.  I told her until I join hands with the right person, I’m not going to do it.  She had done several transactions with Stephanie and there were a lot of things in common she thought would complement.  Kathy shared the story with Stephanie and within a couple of weeks, we were building a company together.

I reached out to Stephanie – this lady who has never heard of me, never seen me – and I introduced myself to her and the first thing this strange guy says is, “Would you meet me at my brand new build I just finished?” What better way for a builder to share who he is than through his build?  So, we met there and I shared my story.

Our spouses had to jump on board because I actually spend probably 10 times as much time with Stephanie as I do my wife.  That, all by itself was quite an experience for us. We opened up a franchise and two weeks later we jumped on a plane together and flew off to Canada. I mean, that’s a lot to ask of a spouse! My wife didn’t know her, and her husband didn’t know me.  Our spouses are incredible.

They tell you to step out of your box. Well I can’t even find my box – I stepped out and kicked it away!

Susan:  You started with just the two of you and then you grew.  How are you attracting agents?

Craig:  Kathy was building the EXIT brand in the area so fast and that gave us some exposure.  As a builder who built spec houses, I had relationships with REALTORS® who sold my product, so EXIT intrigued them. Stephanie had relationships with other agents, and it opened the door for us to share our vision and what we were doing.  They started listening and the next thing we knew we started building an agent base. I think we have 12 agents right now. We’re not where we want to be, but literally we put on blinders and built our company out.  We were patient to get all the ducks in rows so we could show them our story instead of just telling them.

Susan:  How many agents would you like to have?

Craig:  I don’t know what the optimal level is. Every agent who we invite to our office means so much to us. We’re not just shot-gunning it out there – not everybody who wants to come through our door can come through our door. We’re very selective.  I’d rather have 15 really good, hardworking agents than have 25 and only some of them work. We’ve found when we do that, they’re join because they believe in us, they want to be here, and they work hard.

Craig:  You understood exactly what I said.  That sums it up.  This business we’re building is one where I can take an agent with a lot of will and help make them the best agent they can be.  The dollars and cents will come but that’s not what drives this machine; it’s finding those right agents, the ones that cannot get help somewhere else, that have all of the talent that they need, but they just don’t have the tools and the mentoring to make them better.  There’s nothing more exciting than to bring in a new agent and they get their first sale. Not only did they get a check, they also fulfilled someone’s needs and did it in a very successful way. That’s my high. That’s what excites me.

The thing that sews all these ideas together is EXIT’s culture.  There’s a common thread and it’s teal. 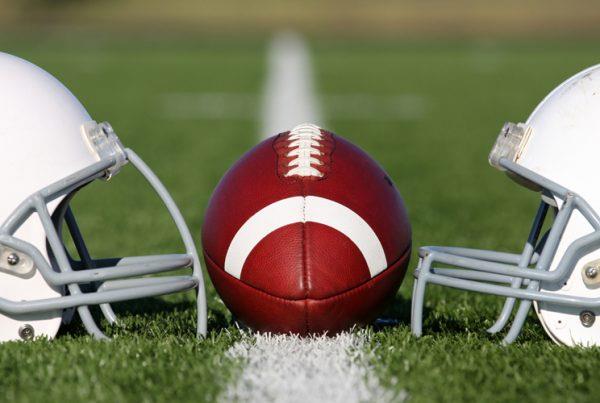 BOWL GAMES and Play Off Games!!

Craig King | College, SEC football | No Comments
Here is the FULL schedule of all the NCAA Bowl Games and Play Off Schedule! Enjoy and Merry Christmas and Happy New Year!!   BOWLSchedule

Craig King | College, SEC football | No Comments
We've got the ENTIRE list of CONFERENCE CHAMPIONSHIP games and more!!! It's gonna be a great weekend for some FOOTBALL and so really GREAT GAMES!!! We hope you enjoy, check back with us for all your playoff schedules and bowl game schedule too!   FootballSchedule (4)

Stephanie Hamner | College, SEC football | No Comments
Here is Alabama it is Rivalry week...Alabama vs. Auburn...it's USUALLY the last game in our regular season, but NOT in 2020!!!   Happy Thanksgiving and enjoy all the GREAT GAMES!!!   FootballSchedule 11-28-20

Need help finding your dream home? Whether you are moving down the street or relocating, we have the local expertise and the resources to help you find the perfect home for you and your family. We work closely with our clients to understand their real estate needs and goals to help them find the best home at the best possible price. So, if you are looking to purchase a home, please consider EXIT River Rock Realty to assist you with your next purchase.

Would you like to receive a FREE Market Analysis of your home?

Our agents are experts in our local market and will guide you through the entire process of selling your property. We will provide comprehensive research of the market to determine the maximum value for your property. We will negotiate the best offer for our clients so that they receive the most equitable and timely transaction. Our marketing plans assure your property full exposure and we pride ourselves on personal service. Please consider EXIT River Rock Realty when looking to sell your property and let us help you get your property from listing to the closing table.

Are you the next EXIT River Rock Agent?

Contact us today for detailed information on career opportunities with EXIT River Rock Realty. You’ll be glad you did!